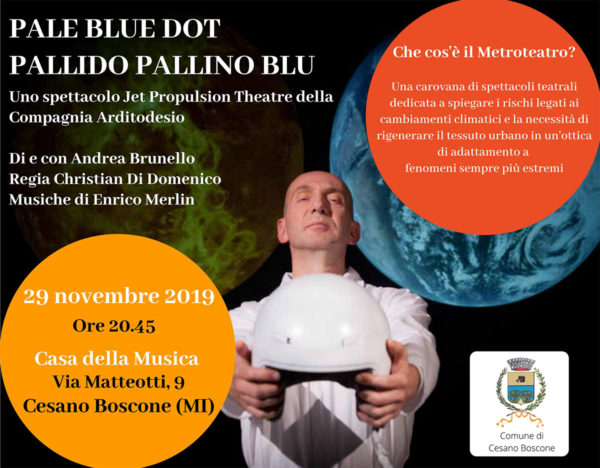 The events of last weeks remind us that climate change represents an urgency on which it is necessary to reflect and act. Also, why not, through art. That’s why after the first performances in Cormano, Parabiago and Paullo, Pale Blue Dot is back on stage!

Within the European project MetroAdapt, aimed at defining useful tools at developing strategies to adapt to climate change and increase urban resilience, Legambiente Lombardia invites us to theatre for the show “Pale Blue Dot”, small blue dot: our Land.