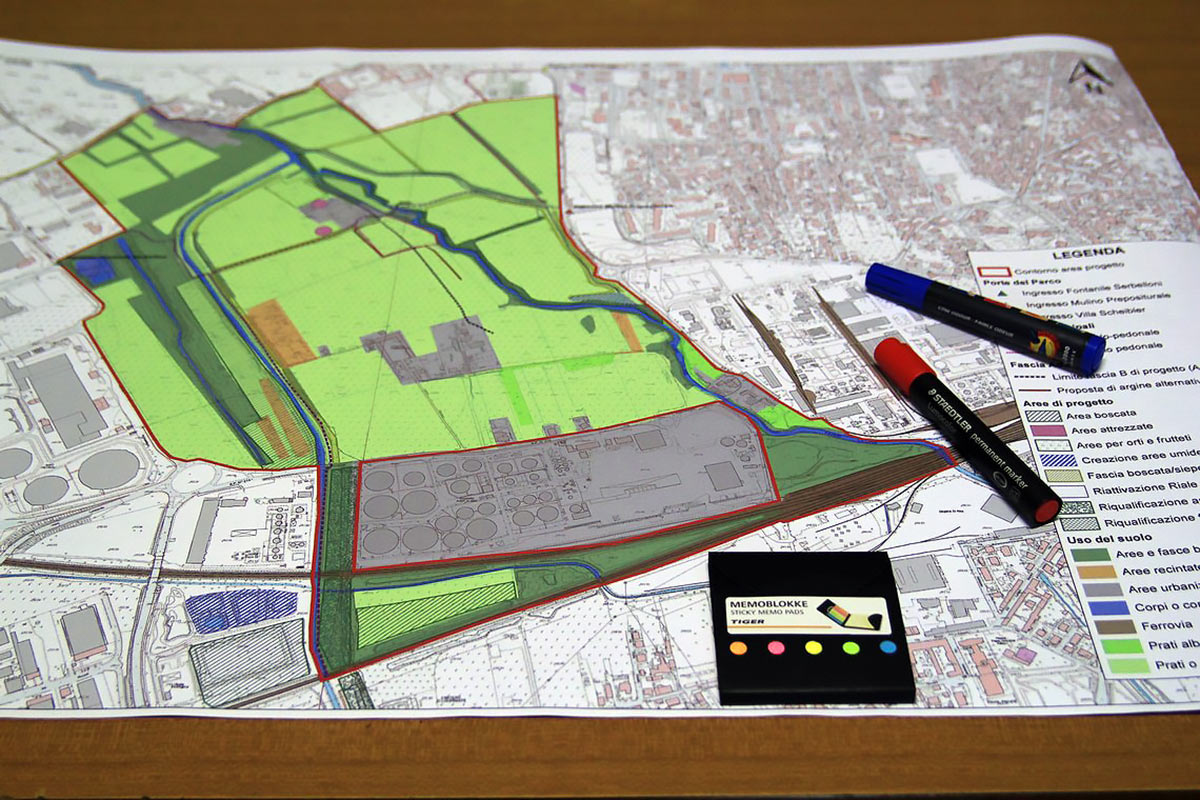 Europe has been identified by Intergovernmental Panel on Climate Change (IPCC) as one of the most vulnerable areas to climate change (CC) (IPCC, 2014). Southern Europe, and especially the Mediterranean basin, will be the most affected area by global CC.

Lombardy, for its geographical, territorial and socioeconomic features, presents a high vulnerability to climate changes impacts. The region – with mountainous areas and river valleys extensively urbanized – is exposed to both extreme weather events and longer-term impacts from climate change. Past trends and future scenarios suggest for the coming decades a marked increase in mean temperatures and in the frequency and intensity of heat waves events, a decrease in snow and ice cover, and changes in seasonal precipitation patterns such as a rainfall decrease in summer season.
The Milan Metropolitan area is prone to flood risk, due both to expected increase of peak flow of the Olona and Seveso rivers and to the runoff generated by the compact, not permeable urban fabric.

Local governments are in a unique position to engage local stakeholders and draw punctual responses to local climate related vulnerabilities and risks. On the other side, individual municipalities do not have the necessary resources (scientific knowledge, administrative competences, funding, etc.) to deal climate problems. For this reason the role of metropolitan cities authorities, as is Città Metropolitana Milano (CMM), composed of 134 municipalities including Milano, is fundamental in setting a comprehensive strategy for the whole territory, enhancing the mainstreaming of adaptation measures at local level and the coordination of the different planning and operative tools. In order to increase the resilience of CMM to heat waves and local floods it is required the development of an integrated tool for supporting urban planners and policymakers in establishing the priorities of CC adaptation activities, and in implementing green infrastructures, such as green roofs, rainwater collection systems, permeable pavements, infiltration, detention and natural treatment techniques.