PALE BLUE DOT: theatre show on climate change to reflect on the beauty and fragility of our planet

PALE BLUE DOT: theatre show on climate change to reflect on the beauty and fragility of our planet 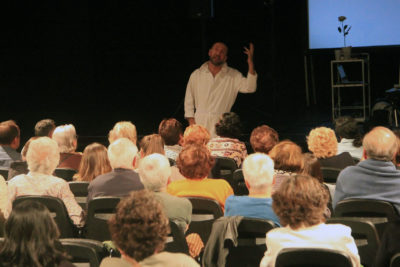 Draught in winter months, incessant rain in the spring; rain bombs in the summer and the storms with strong gusts of wind in autumn: climate change is under everyone’s eyes. Action is needed–even through art. As part of MetroAdapt, created to define useful tools to mitigate the effects of climate change and increase urban resilience, Legambiente Lombardia has invited all those interested in theater for the show “Pale blue dot” (original title: “Piccolo puntino blu”). The pale blue dot is our planet.

The first meeting of the Metro Theater was held in the evening of Wednesday, September 25 at the Teatro Bì of Cormano. Over 90 spectators attended. The event was opened by the greetings of the president of the Legambiente Cormano, Gianmario Ubbiali and the Mayor of the Municipality Luigi Magistro. At the end of the show, the spectators facilitated, together with the project partner and the director / actor, an animated and interesting debate. 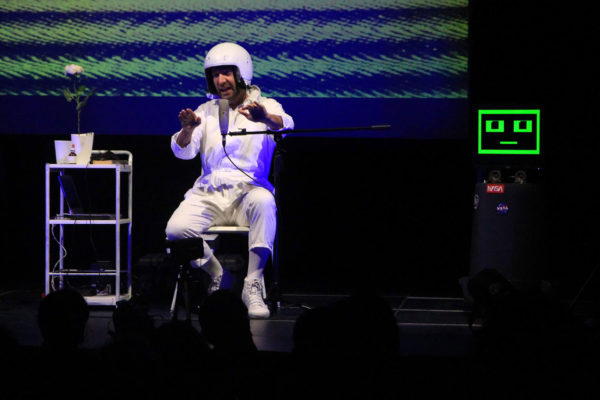 The show will be repeated on October 10 in Parabiago (MI), on November 14 in Paullo (MI) and on February 7 in Milan. See you there!