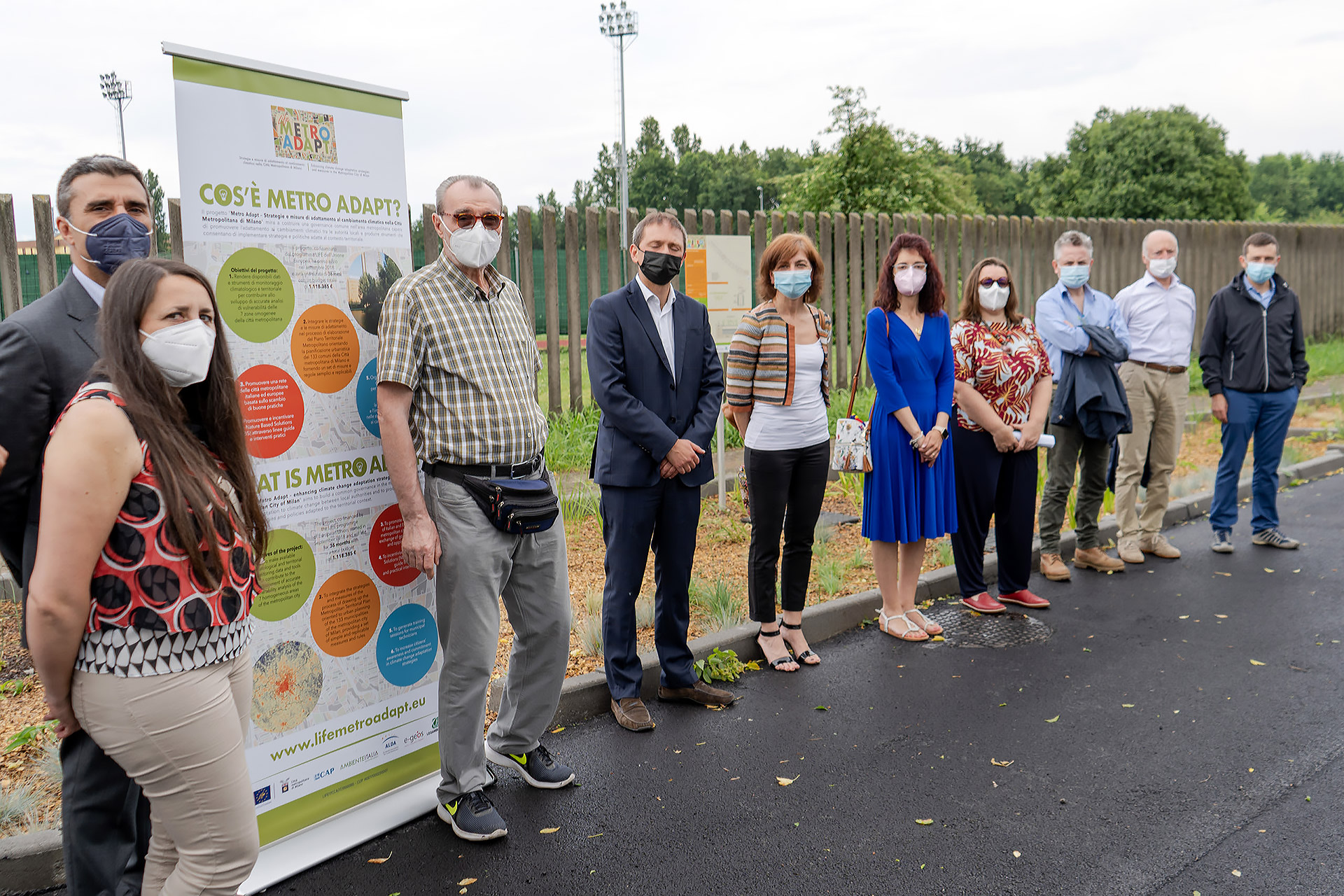 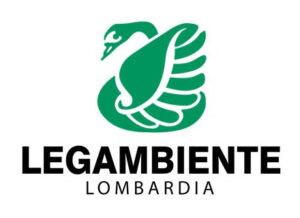 Milan, June 9, 2021 – As part of the LIFE Metro Adapt project, created thanks to the  Programme for the Environment and Climate Action (LIFE) of the European Commission, with the collaboration of the Metropolitan City of Milan, which is the lead partner, ALDA Association Européenne pour la Démocratie Locale, Ambiente Italia Srl, CAP Holding Spa, e-Geos S. p.A. and Legambiente Lombardia, two pilot interventions have been carried out in the territories of Solaro and Masate aimed at contrasting the high hydraulic risk to which the metropolitan area of Milan is subject, due to a growing urban expansion. The project partners organized a visit with a group of technicians and administrators to the infrastructures created in Solaro in the afternoon of Tuesday, June 8 to illustrate the potential and the spread of the benefits obtained thanks to the Nature-Based Solutions, engineering works that are inspired by nature to study and replicate its elements able to improve the resilience of urban areas.

“The project aims to promote the creation of a common governance among local authorities and   to produce tools that allow the implementation of strategies and policies for adaptation to climate change convenient to the local context, allowing a replicability in other territories of the European Union with similar characteristics and issues to be addressed” and “Aiming at nature-based adaptation systems – Nature Based Solution is the most suitable solution for our densely  urbanized context in which environmental challenges are intertwined with social and labor discomfort” explains Michela Palestra councilor delegate Environment Metropolitan City of Milan, leader of the project Life MetroAdapt.

“Collaboration between institutions and companies is essential for the sustainable development of a territory. This is what is happening with the European project Life METRO Adapt, where the Metropolitan City of Milan, CAP Group, Legambiente and ALDA have networked, making Masate and Solaro examples of green design with a global character, so as to become cases of study and application for other territories.” says Alessandro Russo, president and CEO of CAP Group.

In the Municipality of Solaro (MI) the project has provided for the construction of a special drainage system in a public parking lot, to reduce the overload of water collected in the sewer, while in the municipality of Masate (MI) the interventions aim to convey and dispose of in a special retention system the rainwater coming from a public parking lot and a portion of provincial road.