Join the photo contest “PhotoAdapt: The impacts of climate change in the Metropolitan City of Milan”

Join the photo contest “PhotoAdapt: The impacts of climate change in the Metropolitan City of Milan” 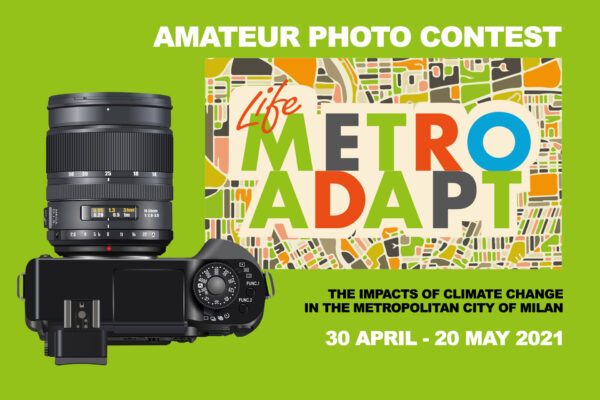 The title of the photo contest invites us to reflect, in particular, on the impact of our lifestyle on the environment, on other species, but also on the most vulnerable communities, victims of the growing inequalities caused by the economy and human activity. The photos should highlight the consequences of climate change on the territory, both from an environmental and social point of view. Competitors must send photographs taken in the territory of the Metropolitan City of Milan.

The photographic material accompanied by the application form must be sent by 12:00 pm on Sunday 20th of June 2021 to the secretariat of the competition, at the email addresses michele.maggi@legambientelombardia.it and lorenzo.baio@legambientelombardia.it with the subject line “PhotoAdapt – The impacts of climate change in the Metropolitan City of Milan”.

Find out more and download the official rules of the photo contest and the application form.